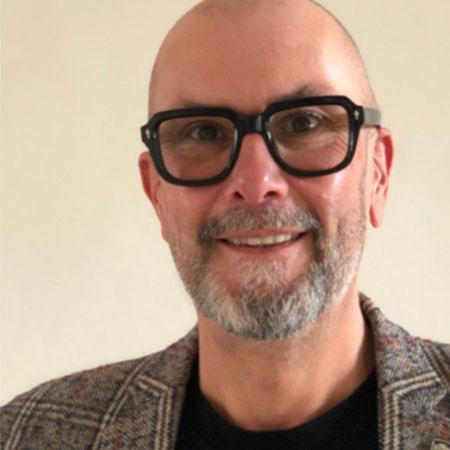 Rob soon discovered that construction would be more beneficial if there was better cooperation. From a design role at an engineering firm, he started to develop CAD software, support it and later also sell it. Because technology does not stand still, and neither does Rob, he has grown being a champion of (open) BIM, transparent working methods and open standards.

Rob has been active as a Business Developer at the Netherlands Organisation for Applied Scientific Research TNO since April 2019. Since January 2020 he is cluster manager Digitalization where he co-manages the roadmap of the key technologies Artificial Intelligence, Linked Data, Digital Twins, Platform Technologies and BIM developments such as BIMbots.

In the past decades Rob has mainly worked on the intersections of management, commerce, marketing, operation and finance. In 2018 & 2019 he was, as their openBIM program manager, involved in marketing at GRAPHISOFT and a much sought-after speaker at global conferences. As co-chair of the Building Room and founder of the Airport Room of buildingSMART International, Rob has gained extensive international experience. He uses his experience in connecting people in his network and allows teams to work better together.

Where "BIM Captain" comes from?

Rob thinks building (BIM) teams is the best thing there is. He often compares his teams with a team on a ship that - if properly trained - can operate fully. From engine room to cook, in the end every ship needs a captain but can sail well without!